Many people have false assumptions about artificial intelligence (AI) due to the hype they heard about it when it started to become more widely accepted. They envision a robot with no emotions taking jobs from workers and automating nearly every process. Even though the initial aim of AI was to increase the intelligence of machines, it has taught us how to be more uniquely human as well. Although it seems a strange paradox, using AI can help us come across as more emotionally empathetic in email and other types of online correspondence.

Human beings generally do very well when speaking to other human beings in person. We have the innate ability, or emotional intelligence, necessary to pick up on non-verbal cues such as how the other party in the conversation seems to be interpreting our words. Face-to-face communication allows us to read facial expressions and body language as well as voice tone. This allows us to prevent misunderstandings or to address them quickly if they do occur.

While online, people tend to lose the social restrictions that would typically occur during a live conversation. They also don’t have the benefit of any visual cues when addressing their audience. Although not always intentional, it can make people appear as though they have little to no empathy for the people reading their message. Since we don’t see how others respond to our messages, it can make it difficult to adjust meaning and tone to the individual reader. Most people have had the experience of feeling frustrated or confused by other people’s messages, yet they don’t consider whether they are guilty of the same thing. 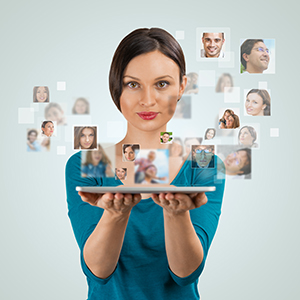 People tend to assume that the tone and meaning of the message they’re replaying in their head comes out easy for others to understand in text. Since it made sense to the person sending the message, it doesn’t occur to him or her that it might not make sense to others. Part of the reason for the confusion and frustration is that we want to hurry through the task. It’s all too easy for emotional intelligence to go by the wayside while online.

The good news is that AI can help us reclaim emotional intelligence in online encounters. It doesn’t understand what conversations mean, but it’s able to analyze important features of online conversations and send back a real-time analysis. It can act in the role of a trusted mentor by scanning our typed words and suggesting changes to make sure the recipient doesn’t misunderstand what we have said. AI picks up on things that you might miss, such as a tone that you didn’t intend to convey.

People already use grammar and spell checkers online, so it’s not a stretch to use a sentiment checker as well. It relies upon models of how people communicate with language as well as how they respond to written information. Employing an AI feature known as Natural Language Processing and then comparing it to standard models of communication allow AI to know when someone might misunderstand what you’re trying to say. The time has come to implement emotional intelligence in our online dealings as well as our in-person ones. There’s simply no downside to improving our communication abilities.

About the Author: Ahmed Reza